A downloadable game for Windows

A small game about anxiety, hatred, sadness and hope.
Created in 72hrs for Ludum Dare 38 Game Jam with the theme "A small world"

We recommend to run the game at 16:9 screen resolution

Not a bad game. I really like the different gameplay mechanics you used. I wrote a more in depth review on my blog: http://pajamagaming.blogspot.com/2017/07/feelings-on-my-sleeve-my-other-world-pc...

A friend sent me this game and I'm just here to give some rather in-depth feedback (he asked me to post it here).

Before I do the review, I would like to acknowledge that this game was made in under 72 hours (which is an obvious limitation) not to mention that the developers working with a fairly large team (which is probably harder to synergize than a two-person team). Also, spoilers (I guess).

PS: That was a lot longer than I thought it would be. o.o And it feels a little too harsh to look so deeply to a game made in just 72hrs. But I do wish this could help you in one way or another with future games that you might do.

The visuals are good, it looks nice, and the dark clouds of text contrast well with the vibrant world. The brain as a map serves as a nice touch as well (Though I didn't notice it till now).

Sparse, loose and somewhat predictable. Though it sets an edgy mood, and a hopeful ending to each stage. It doesn't translate well to gameplay.

Gameplay: This will be divided into three parts, one for each stage.

On the first stage, the mechanics does fine, not exactly the most exciting thing to do, but it falls in line with the narrative theme. Animations to differentiate clicking a negative cloud and a positive cloud when clicked would've been nice. Anything to make the player feel that he's doing something to the cloud rather than just magically disappearing. A simple fade would probably do better or some sound effect.

There's a lot of potential to bring it to the next level later on if you choose to do so. Imagine the character in the middle of the screen, with clouds of thought coming from all sides. Some of which will hit you, and some won't. You're gonna have to drag good thoughts to you and keep bad thoughts away. If your "emotional bottle" is filled with bad thoughts, it would result to a mental breakdown (aka Game Over). This part is really just a recommendation if you wish to pursue it.

On the second stage, the mechanics don't really makes a lot of sense to me. Tbh. It deviates from the narrative (which implies turning to a nostalgic past "for them that once made me smile" that can now only bring pain) at the same time, the mechanic itself feels meh.

On the third stage, it is definitely a great mechanic, though it falls short on execution and clarity. Not to mention it works well thematically. There are a lot of times where the words just don't make sense. Why would this positive word do well against that negative word?

On a side note, if taken to the next level. I think this stage will work a lot better on a platformer-esque type of gameplay. Where you're gonna have to "equip" the words in order to navigate the highs and lows of suffering from anxiety, hate, sadness, and hope. Also, does it really need to have an enemy?

There's a lot of potential to be taken by creatively integrating the narrative with the gameplay itself. This game makes it halfway though not quite all the way through. Of course, there are severe limitations in the making of this game (such as time constraint). There's certainly a charm to it. And it's interesting to study. It may not be the most fun game, but it's not a bad game.

Thanks a lot for the feedback and suggestions! we really appreciate it :) 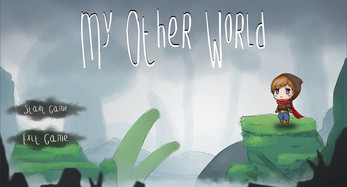 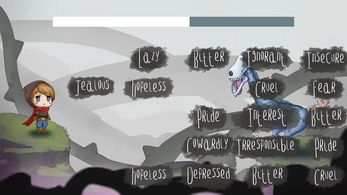 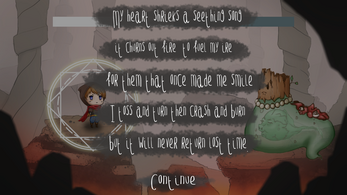 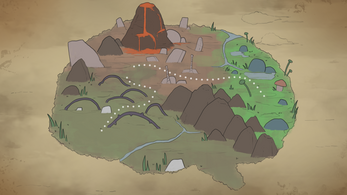